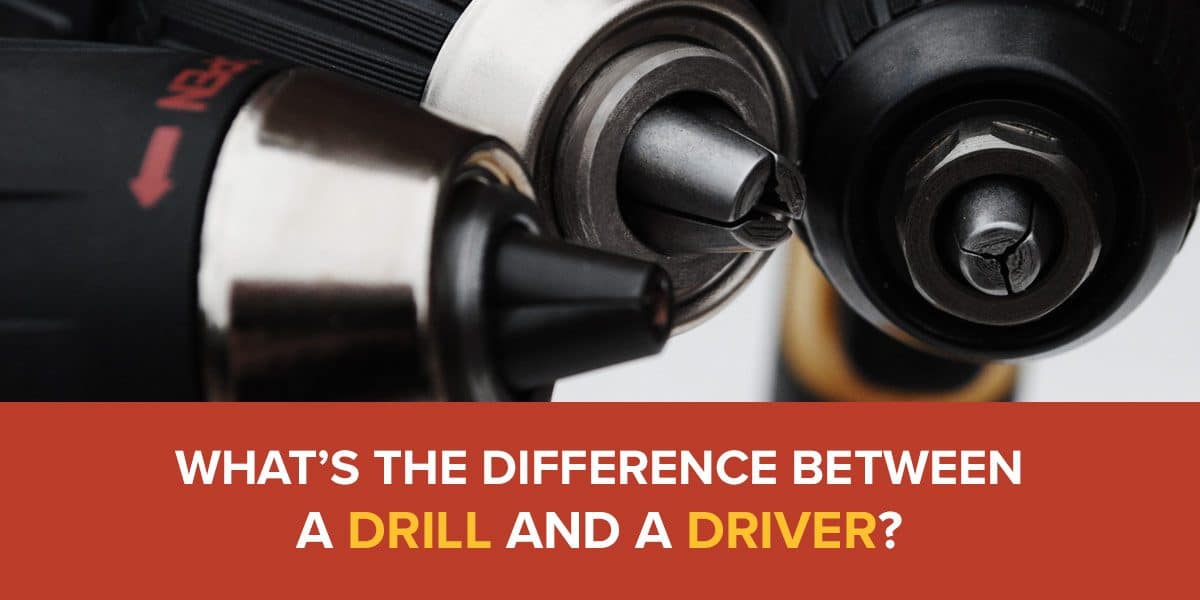 What Will I Learn?

As an Amazon affiliate, we earn from qualifying purchases. 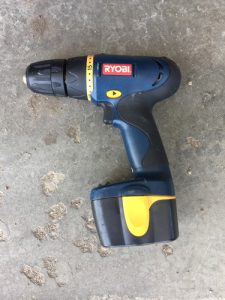 I want to document the entire journey and the decision making process. The same kind of process you might be about to go on. Save some time… and benefit from my research! I’m in the exact same boat as you. Let this be a real life case study that will help you.

My intent will be to outline the important factors, narrow down the top choices, then make the decision on the best drill/driver for my needs.

The first thing I discovered is that it’s not just about “drills” anymore. There’s a couple relatively new kids on the block, and one of them is the “Impact Driver” which I’ll discuss below. I know, I know, maybe I’ve been living under a rock for a while… I haven’t had to buy a drill for quite a long time, but I don’t remember seeing much “impact drivers” back then. I see them everywhere now however.

SPOILER: I picked a both a Drill and Impact Driver. Read on to discover why!

What’s the Difference Between a Drill and a Driver? – 3 Types of Drills and Their Uses

So what’s the difference between a drill and a driver? An Impact Driver, a Drill, or a Hammer Drill… they all sound kind of similar right? But they have some differences.

This is probably what most people think of when they hear “drill” and it’s my baseline comparison point. Generally, the drill/driver is a decent and versatile option for most “everyday” things around the house, and even for contractor level tasks. Drill holes, drive screws… it does most things. The humble drill has been around for a long time, and has evolved from being corded and with a chuck, to cordless and chuckless.
One thing to note about the Drill is that is has a clutch, so you can adjust the settings on where the driving will cease once a set level is reached. This can be great for fine control with finishing carpentry, etc.

Another thing to note is that a Drill can accept both a smooth rounded bit, or a hexagonal shaped bit with it’s chuck.

For certain tasks however, the drill might not be the optimal choice.

Check Prices of Drills on Amazon!

The Hammer Drill looks a lot like a traditional drill, but it operates and bit differently, and also often has a handle coming out of the side of it.

Imagine while drilling, somebody was hitting the back of the drill with a hammer. That’s basically what’s happening… rapidly. There’s a mechanism inside the drill that does this action. This helps the drill push farther into the material being drilled. This can be really good for certain applications such as concrete and masonry.

I’ve decided to leave the Hammer Drills out of this guide however, as it’s just not something I think I’ll need for everyday household use. It’s a specialized tool that I’m sure is great for specific jobs out there (like concrete and masonry)… but I just think it would be overkill for average household duty.

As mentioned above… I’ve been seeing the Impact Driver around a lot lately. It seems to be a popular tool these days! And with good reason.

An Impact Driver isn’t like a regular Drill/Driver and isn’t like a Hammer Drill… but it’s slightly a bit of both. Let me explain.

First, it doesn’t have a chuck. Instead, it has a hex socket. So you can’t use smooth rounded bits, they need to be hex bits.

Next, like the Hammer Drill it has a bit of the action of someone hitting it on the back with a hammer. But the hammering mechanism inside delivers rotational force as well, so you don’t need to push as hard. More torque and force are delivered through the drill bit because of this action. Almost as if there was a wrench clamped onto the bit, and the wrench was being hit with a hammer in a sideways direction in rapid little taps. It’s fast repeated micro taps in the rotational direction, and in the downward driving direction at the same time.

This action can be fantastic for driving longer fasteners, where a regular Drill might run into some challenges. Where a regular Drill/Driver would back off a bit once it feels resistance, an Impact Driver starts to kick in it’s “impact”/hammering action.

One great thing about an Impact Driver is that it is less likely to strip a screw, either going in, or if you’re trying to remove a stubborn or seized screw. How many times have you tried to remove a screw that’s in really tight? Well, an impact driver is going to give a rotational hammering action to help remove the screw, which is insanely helpful!

Like most drills it also has a variable speed trigger so you can control the easing in or out when drilling. This offers some control when you need to back off the driving a bit so you don’t go too far.

But that said, one disadvantage is that it can lack the finer control and “feel” that a drill would have in more delicate situations. There is no clutch to stop it once a certain resistance is reached. For example, if you’re doing some finishing carpentry and the exact depth of the screw matters, you might want to use a drill instead to ensure finer control and that you don’t “over” sink the screw. But if you’re laying down subflooring, or doing decking, or framing, an Impact Driver can be the workhorse you want.

Another disadvantage worth mentioning is that they are louder, especially when the hammering mechanism kicks in. But it’s not that bad, certainly not as bad as a Hammer Drill.

This is a topic that is a bit controversial within the tool community. There are many folks that claim that “special Impact Driver bits” are a waste of money, and that you’ll be better off with standard bits.

After doing some research into this, and taking into account feedback from people that are “heavy users” of Impact Drivers, it seems that like many things in life… it depends.

Impact Driver bits are designed to have a degree of “pliability” in between the bit head, and the part that connects with the driver. This area can be called the “ShockZone” (as with Milwaukee line).

One way to explain this is using the comparison of a tree branch. If a tree branch was completely hard and brittle, it would break easily with a little gust of wind. But instead, Nature has designed the tree branch to be slightly flexible… so instead of breaking with a gust of wind, it simply bends a bit and returns to normal.

This might not be a perfect analogy, but hopefully enough to get across the idea.

An Impact Driver bit is designed for intense high torque applications, such as metal to metal fastening, where maximum torque from the driver is demanded. In these situations, and Impact Driver bit will outlast the standard bit.

For everyday needs, such as screws into wood, a standard bit will most likely outperform the Impact Driver bit.

Impact Driver vs Drill – Which is Better?

As you’ve probably figured out from the sections above, it’s not a matter of “better” – but rather, which is more appropriate for the job at hand.

An Impact Driver will serve you well when it comes to the brute force job of driving screws in, and getting past that resistance point. It can work well for long screws, or situations where the material would be tough for a regular drill to get through.

A traditional standard drill will offer you finer control for situations where nuance and precision are called for. For example, finishing carpentry.

The technology for the brushless motor has been around since the 1960s, but was mostly used within the industrial world. In the 2000s Makita was the first to introduce brushless motors into some of their commercial products.

Some of the differences between a Brushed and Brushless motor are:

Some of the benefits to the Brushless motor:

Most tools will come with Lithium-ion batteries these days, but you can still get NiCad. There’s several differences between the two, but I’ll make it easy… just get the Lithium Ion tools. If you want to know more, keep reading.

Both NiCad and Lithium-ion will last for about the same number of cycles. But the Lithium-ion will provide greater voltage, will be lighter, and a charge will usually last longer (sometimes twice as long).

It’s also worth mentioning the voltage designations. You’ll notice for example that some drills that compete against each other are 18V or 20V. Well, 18V and 20V are basically the same. When you have a 20V system, it’s 20V max / 18V nominal… but of course 20V is the higher number so it sounds better in terms of marketing. So for example, Dewalt is 20V until you actually pull the trigger, at which point it drops to 18V. So the Dewalt 20V is really in the same category as the Milwaukee M18.

Is seems that the general consensus is that:

(in 18v and 20v), are the best pro drills you can get for basic and heavy duty usage.

Of course there are a variety of other premium brands to pick from, such as Metabo, Bosch (blue line), Hilti and Fein. These would likely serve you well too.

But in my research, it seems to come down to two heavy hitters that constantly get compared against each other. Milwaukee and Dewalt

And specifically their larger more powerful lines, the Dewalt 20v and the Milwaukee M18 FUEL systems.

There’s a lot to consider here. For me, it comes down to the following criteria:

Taking all these factors into consideration, here’s how I feel it breaks down…

Now, other people might feel differently for their own reasons. But for me, I feel more drawn to the Milwaukee M18 FUEL drivers. I feel like they have an edge with their excellent reputation, reviews, longer 5 year warranty, and I also based this off of reading and watching various user reviews on YouTube and Amazon.

It looks like the Dewalt would be an excellent choice as well. They are both excellent choices… I’m just giving my personal choice on this based on the slight edge I’m seeing.

I hope this has answered your question “What’s the difference between a drill and a driver?” Leave a comment below if you have any questions, or if you have any experience with any of the tools mentioned!

Be sure to check out my other posts on Garage Organization: